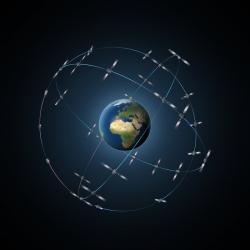 Positioning and Dating by Satellite

The PDS Community of Experts deals with the techniques and technologies implemented for positioning and dating by satellite. The various terrestrial, maritime and aerial fields are explored.

The systems at the core of this Community are on one hand GNSS (Global Navigation Satellite Systems), such as GALILEO, GPS, GLONASS, BEIDOU and their regional augmentation systems EGNOS, WAAS, MSAS, GAGAN, etc., and on the other hand the location space systems such as ARGOS, COSPAS-SARSAT or DORIS.

The Community also deals with international time and geodetic reference systems (UTC, ITRF) to which GNSS systems and location systems are necessarily attached.